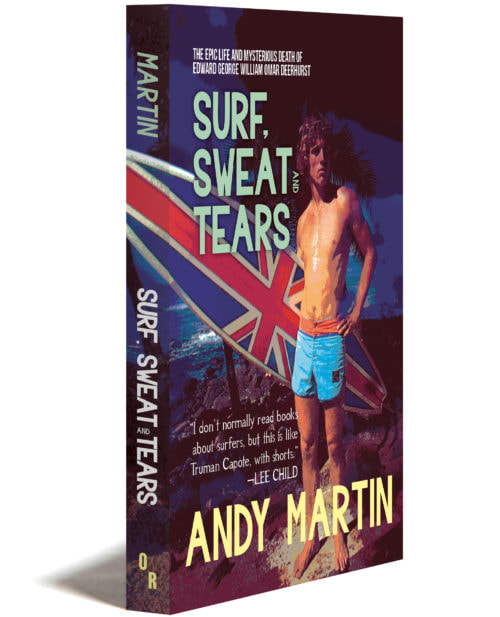 SKU:
£20.00
£16.00
£16.00
On Sale
Unavailable
per item
www.orbooks.com/catalog/surf-sweat-and-tears/This is the true story of Ted, Viscount Deerhurst, an aristocrat’s son who dedicated his life to becoming a professional surfer. Surfing was a means of escape, from England, from the fraught charges of nobility, from family, and, often, from his own demons. Ted was good on the board, but never made it to the very highest ranks of a sport that, like most, treats second-best as nowhere at all. He kept on surfing, ending up where all surfers go to live or die, the paradise of Hawaii. There, doomed to the inevitable, he fell in love with a dancer called Lola, who worked in a Honolulu nightclub. The problem with paradise, as he was soon to discover, is that gangsters always get there first. Lola already had a serious boyfriend, a man who went by the name of Pit Bull. Ted was given fair warning to stay away. But he had a besetting sin, for which he paid the heaviest price: He never knew when to give up.
Surf, Sweat and Tears takes us into the world of global surfing, revealing a dark side beneath the dazzling sun and cream-crested waves. Here is surf noir at its most compelling, a dystopian tale of one man’s obsessions, wiped out in a grisly true crime.
270 pages • Paperback ISBN 978-1-68219-231-3 • E-book 978-1-68219-233-7


Go to the following link;
https://www.orbooks.com/catalog/surf-sweat-and-tears/
Add to Cart